Bali is one of the smaller islands in Indonesia, yet its influence on the international community often surpasses that of other places in Indonesia, including its capital city. Bali is famously called the Island of Gods. The region that is now called Bali indeed consists not only of one island. There are some smaller islands off the shore of the main island, including Serangan, Penida, Lembongan, and Ceningan Islands in the southeast and Menjangan Island in the north. However, because the main island still holds the strongest magnet in terms of tourism, culture, and identity, the entire region is often regarded as the unified region of Bali, hence the Island of Gods and not the islands of Gods. Most attractions are located in the main Island, which you can easily reach by hiring Sandholiday, with some unique attractions located in Bali’s satellite islands.

Bali is called the Island of Gods because of the deep spiritual atmosphere that exists, radiates, and rules in the daily life of the Balinese people. The term gods is the English word of the Balinese Dewata or Devata, which mean a group of deities whose rank is below that of the main gods in Balinese Hinduism. The concept of Devata in Balinese Hinduism is somewhat equivalent to the concept of the angel in Abrahamic religions. Each devata acts as a patron or protector for a specific location or occasion in Bali. Therefore, almost in every place in Bali, you can find a shrine or a specific offering for a specific devata. Because of the ubiquity of such sacred spots in Bali, both visitors and locals call the entire region of Bali the Island of Gods.

The History of Bali’s Spiritual Uniqueness

Bali is unlike the rest of the Indonesian islands in that it is the only island with a predominantly Hindu population. More than 80 percent of Balinese people embrace Balinese Hinduism, which is itself distinct from Indian Hinduism. In Balinese Hindu tradition, indigenous beliefs become the backbone of the Balinese Hindu rituals. Therefore, Balinese Hinduism is actually an amalgamation of the philosophy of Indian Hinduism and the customs of the Balinese indigenous people. This amalgamation is a result of a long history of Bali that shapes today’s face of Balinese spirituality and culture. This amalgamation becomes a unique attraction that makes Bali an adorable place to visit. All interesting places in Bali that you can visit by hiring Sandholiday actually reflect this uniqueness.

Nine different Hindu sects have been developing and thriving in Bali since the ancient era. Each sect venerates its own specific deity and these multiple versions of veneration become the roots of the indigenous values that later influenced Indian Hindu philosophy brought by the fleeing Hindu people from Java, who were driven out of the island by the rapid growth of the Javanese Islamic kingdoms. Bali became the sanctuary and later the center of Hinduism in Indonesia. The fusion of the indigenous values held by native Balinese people and the imported Hindu philosophy became a synthesis that we know now as Balinese Hinduism.

Why Is This Spiritual Uniqueness So Attractive?

Sandholiday can convince you that visiting Bali to observe its spiritual uniqueness is always worthwhile. Although spirituality is an abstract concept, in the highly spiritual Balinese society, spirituality may affect everything. A place can be either attractive or unattractive because of the spiritual atmosphere that exists there. Here we will show you some phenomena that show how the spiritual uniqueness of Bali will determine whether your visit will be enjoyable or not.

Many interesting places in Bali offer unique attractions because of their spiritual quality. The numerous temples in Bali are the most obvious examples. The reason why visitors will not miss a visit to places like Besakih, Ubud, and Tanah Lot is that there are marvelous temples there. Another special place that becomes attractive due to its spirituality is the Monkey Forest in Sangeh. The sacred existence of monkeys in that place is associated with certain Balinese mythology. Those monkeys are considered so sacred that no harm is allowed to be done to them. There are many other places in Bali, such as Terunyan Village and Gitgit Waterfall, that become attractive due to their spiritual significance.

Many people visit Bali just because they want to observe traditional performances that are tightly tied with Balinese culture and mythology. The Barong dance in Bali, for instance, is a performance that symbolizes the battle between the righteous and the evil. Other performances, including the Kecak dance and other traditional dances in Bali, are actually based on certain spiritual traditions. These performances become famous because they have spirituality as their backbone.

In a place where spirituality becomes a prevalent element, rituals become not only day-to-day activities but also interesting attractions. It is often difficult to distinguish performances from rituals because they are more often than not related to each other. However, performances generally accentuate their attractive aspect whereas rituals focus more on their sacredness. In Bali, there are numerous sacred rituals that you can observe or even participate in. The Ngaben ritual, which is the ritual of cremation that is famous for its extravagance. There are many other rituals and celebrations that you can only observe in Bali, such as the Galungan and Kuningan, Saraswati Day, and Tumpek Kandang ceremonies, all of which are saturated with the Balinese spiritual traditions.

Balinese people are deeply spiritual people and this spirituality shapes their behaviors and attitudes, especially toward visitors. Balinese people may become hospitable or aggressive due to their spirituality. Balinese people are known for their positive disposition. They are poised, graceful, and aesthetically inclined people. When you ask them why they have such traits, they will answer that everything is inspired by gods. Some behaviors that they consider offensive, such as getting out or playing loud music during Nyepi commemoration and ruffling someone’s hair, are also related to the spiritual values that they have been embracing for centuries.

You can actually feel the deep spiritual atmosphere in Bali even when you are staying in your hotel room. Most hotels in Bali feature spiritually significant decorative elements in their rooms. When you enter your room and you see the statues of Garuda, Shiva, and Dvarapala, among other spiritual entities, you know that you have not left Bali.

All of those phenomena become attractive due to the spiritual uniqueness of Bali. If you hire Sandholiday, you can guarantee that your access to those interesting attractions will be easy, fast, and cost-effective. 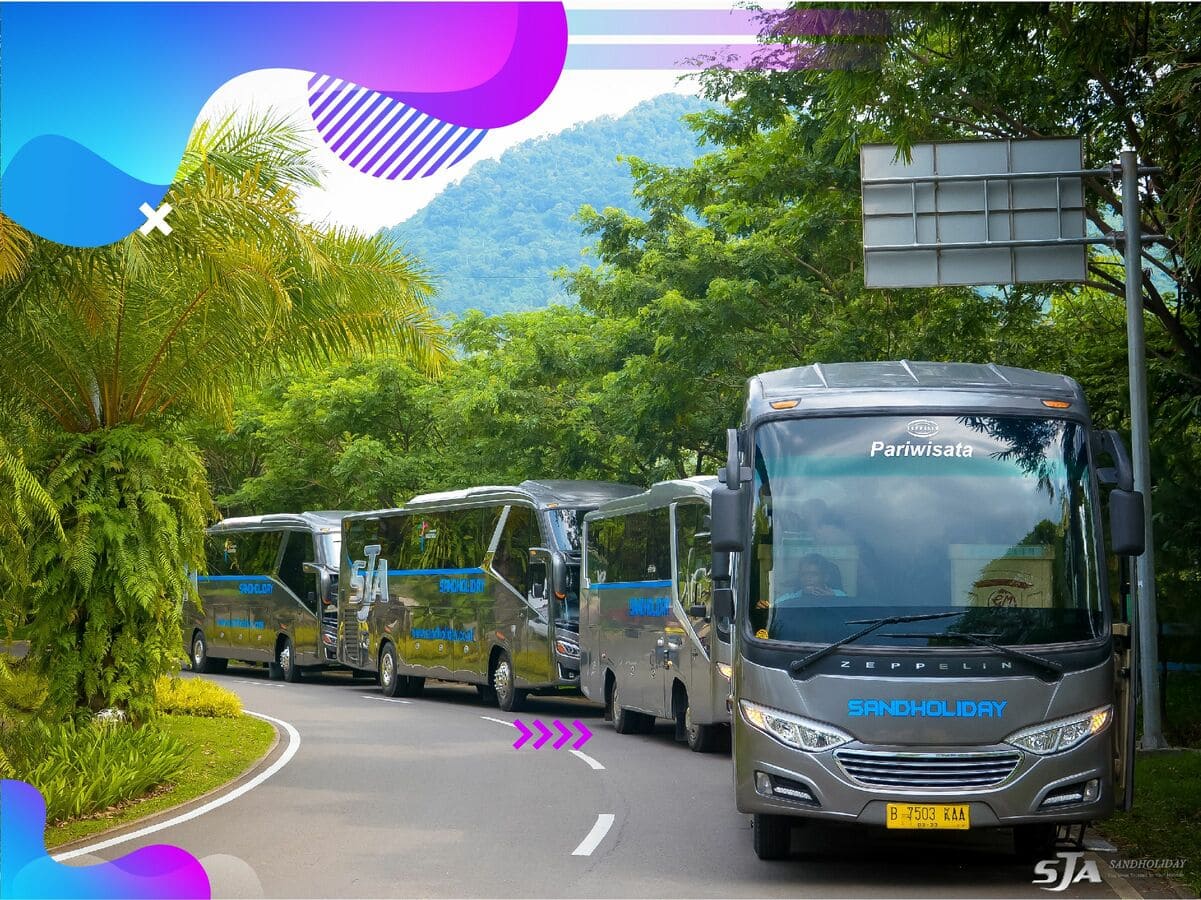 Why Should You Hire Sandholiday to Enjoy All Spiritual Attractions in Bali?

Sandholiday is a charter bus company that can provide you with a comfortable and reliable transport to reach all interesting places in Bali. You have read about why visiting Bali and enjoying all of its spirituality-inspired attractions will give you a unique and interesting tourism experience. When visiting Bali, you will have a lot of places to include in your trip plan. To reach those places, you need reliable transportation. Why should you hire Sandholiday to gain access to those places? Here we show you three reasons why hiring bus charter service provided by this company is a good idea.

You can reach the best destinations in Bali even if you haven’t known about them. If you have made a list of all the places that you want to visit, you can simply hand the list to the customer service and the company will help you plan your transport. If you haven’t made a list, the company will help you plan your trip and choose the best transportation accordingly.

Sandholiday is an experienced charter bus company with a known reputation. It has previously provided its service in Jakarta. Now it expands its service to Bali to provide visitors to this Island of Gods an easier and more cost-effective access to all interesting places in Bali. Your satisfaction is guaranteed when you hire Sandholiday’s service.

Sandholiday actually provides four types of vehicle to its customers: a Toyota Hiace minivan for up to 16 passengers, an Isuzu Elf van for up to 19 passengers, a small bus for 31 passengers, and a big bus for 59 passengers. However, the big bus is available only for trips departing from Jakarta. In Bali, you can only use one of the three remaining vehicle types. Nevertheless, the available choices should already be satisfying and you should be able to choose your best vehicle depending on your trip size.

There are so many great attractions to enjoy in Bali. By hiring Sandholiday with its competitive price, you can make sure that your trip to Bali will be trouble-free and cost-effective.

Why is Bali not like other islands in Indonesia?

Why Is This Spiritual Uniqueness So Attractive?

Why Should Hire Sandholiday to Enjoy All Spiritual Attractions in Bali?

1. You can reach your destinations easily and cost-effectively.
2. You are hiring a reputable company
3. There are 3 types of vehicle available